Summer hits for radio in the era of music platforms 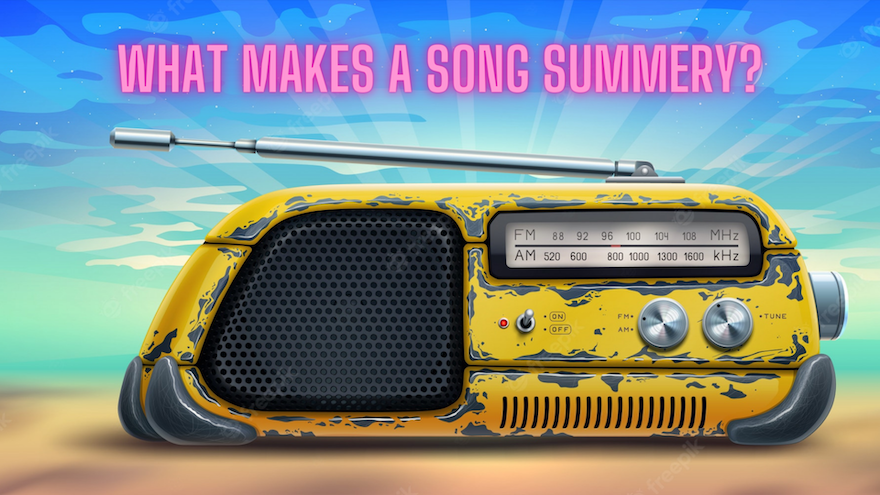 What Is a Summer Hit?

What makes a song popular during the summer? This may seem like an easy question to answer, but as digital media grows and more people consume music on their phones, the definition of popularity has shifted dramatically.

There are some elements that can make a song feel summery. For example, lyrics about sunshine, beaches, and parties are often associated with summertime.

Upbeat rhythms and melodies can also create a summery feeling. And of course, certain songs become popular on TikTok or Shazam during the summer months, cementing their status as summer hits. Whether it's the sound, the lyrics, or the popularity, there are many factors that can make a song feel like summer.

According to our research based on the past three years, it is not a surprise for none of you that summer hits have those specs in common:

High Danceability. Danceability defines how suitable a track is for dancing based on a variety of musical components including tempo, rhythm stability, beat strength, and overall regularity. A value of 00 is least danceable and 10 is most danceable.

In recent years, the summer hit has come to be defined by its ubiquity. A song that's everywhere, that you can't escape, no matter how hard you try. It's the song that gets stuck in your head after just one listen, that you can't help but sing along to when it comes on the radio.

This year, TikTok seems to be playing a big role in defining what a summer hit is. Songs that go viral on the app have a good chance of becoming hits on the radio and Spotify.

But it's not just TikTok and Spotify that have their own ways of predicting which songs will be huge this summer. They look at things like Shazam data and streaming numbers to see which songs are being listened to the most.

Summer hits for radio in the era of music platforms

A summer hit is typically a popular song during the summer months. In the past, this meant that the song was played on the radio frequently and people bought or downloaded the song. However, with the advent of music streaming platforms like Spotify, people can listen to whatever they want, whenever they want.

This has changed how radio stations determine what songs to play and how often they play them. Instead of relying on record sales or downloads, radio stations now look at data from Spotify and all other music platforms like Shazam, TikTok, and YouTube Music to see which songs are being streamed the most.

This method is complete when you add into the mix:

Tracks added to playlists by users

The level of likes

The level of loves

By using this site your agree to its policy

These cookies collect data to remember choices users make to improve and give a better user experience. Disabling can cause some parts of the site to not work properly.

These cookies help us to understand how visitors interact with our website, help us measure and analyze traffic to improve our service.